The restorative justice program is a voluntary and safe process that enables victims, offenders, and additional parties related or involved in a criminal event to meet for the purpose of reaching an agreement to repair the harm caused to the victim and the community. The program aims to develop, implement, and disseminate restorative justice, raising awareness among the public, particularly among law enforcement and rehabilitation professionals.

The program is operated in coordination with all the relevant authorities and receives referrals from the courts, the prosecution and defense lawyers

The restorative justice model is based on the understanding that crimes impact all people involved and the relations they maintain, focusing on the needs of the victims, on the importance of offenders taking responsibility for their actions, and on reaching an agreement regarding reparations for the damage.

Mosaica’s specialty is in the implementation of the community model of restorative justice, an approach that brings together the victim, offender and their supporters. It also allows

community representatives to participate in the process, viewing the community as an additional harmed party, and thus addressing possible broader ramifications of harm for the entire community in the final agreement. The pair of restorative justice facilitators assigned to each case are independent of either party, and work with participants to build trust and prepare prior to the joint meeting and agreement. They are supported by Mosaica’s professional team.

Development of the Model in Mosaica

Mosaica has been active in the field of restorative justice since 2006. The first program was established by Nava Keidar, a social worker and previously the director of the Juvenile Probation Service, along with attorney Nurit Bachrach, CEO of Mosaica. They worked with the support and guidance of the Justice Ministry National Center for Mediation and Dispute Resolution.

Mosaica is one of the few institutions that is recognized and collaborates with the law enforcement system. The program is advised by a steering committee that includes scholars and law enforcement representatives. Over the years, the organization has established a network of collaborations with restorative justice entities in Israel and abroad for the purposes of sharing information and research.

Over time, Mosaica has become a source of knowledge in the field, participating and presenting the Mosaica approach in international conferences.

Implementation and Dissemination of the Model

The program focuses on four areas of activity:

Levi, a 76-year-old grandfather, went to the ATM one evening to withdraw cash, as he was used to doing on a regular basis. Shimon, a 20-year-old man, approached Levi, shoved him, grabbed the cash and then ran away. Levi was hurt, stunned and angry. He subsequently developed acute emotional distress, concerned that he could now no longer afford the medications he needed for that month. After the incident, he began reconsidering every time he needed to leave his home and felt a constant sense of fear and helplessness when outside. Shimon was arrested, questioned and a robbery indictment against him was filed in the district court. Levi was listed as a witness. In the restorative justice process – Levi, Shimon, their supporters and community representatives met. Shimon apologized and took responsibility for his actions. Levi and Shimon together decided to deal with the implications of the robbery and agreed on suitable reparations. Shimon returned the money he stole and began volunteering in the neighborhood senior citizens club. The community director, who was also a community representative in the process, understood the difficulties facing the elderly population in the neighborhood and decided to improve the lighting in public areas in the evenings. The agreement was submitted to the court where Shimon was prosecuted. The court took into consideration the restorative justice agreement made when deciding his punishment.

Yulia, an immigrant from Russia, attended a boarding school in central Israel. On the school bus home, she asked the driver, Moshe, to make a stop so that she could smoke. Moshe refused and an argument erupted between the two. During one of the stops, the verbal violence escalated to physical violence by Moshe. Yulia filed a complaint to the police. Moshe was fired, his public vehicle driving license was revoked, and an indictment was filed against him for assault of a minor, bodily harm, and making threats. He was very hurt and upset by this but accepted responsibility for his actions and requested a meeting with Yulia to apologize and provide reparations. Mosaica’s restorative justice facilitators met with each of the parties separately. Yulia, now an IDF soldier, agreed to meet with Moshe. In addition to having the opportunity to agree on reparations, the two could also clarify the circumstances of the event.

The meeting was held at Mosaica with the supervision of two restorative justice facilitators. Moshe, the driver, was accompanied by his wife and a friend. Yulia was accompanied by the boarding school house mother and a personal counselor, a police officer and a community representative who had previously been a school bus driver. Dani, Moshe childhood friend, explained that “the meeting began with a lot of tension. The offender sat with his arms crossed, and everyone was on edge. I understood that the stress of such a process can be even worse than a court proceeding, and that a meeting designed for reconciliation is not simple…”

During the meeting, each party had the opportunity to tell their story and describe the impact of the event on their lives. Then the supporters were asked to address the event. Among other statements, Yulia’s supporter rebuked Moshe’s behavior and described the ongoing emotional distress that Yulia has undergone as a result of this behavior. Moshe’s wife expressed her sorrow for the event and noted that this behavior was very unusual for him: “We’re all just people. I hope that together we can find a way to understand and forgive.”

At this point, Yulia was asked to describe what she wanted in reparations. After consulting her supporters, Yulia asked for a written apology and monetary compensation to be determined by the offender. Moshe provided her a written letter of apology that he had prepared ahead of the meeting, unrelated to the final agreement. The letter was read aloud. It was an emotional experience for Yulia and all present.

Moshe consulted his supporters and after reviewing several proposals with Yulia, decided to provide 1,500 ILS in reparations. The parties came to an agreement, including the apology and check installment payments to Yulia. At this point, Yulia surprisingly turned to Moshe and his wife and expressed sorrow and shame for the damages caused to Moshe due to the event. The process ended on a note of relief and reconciliation. The victim asserted that a weight had been lifted. The offender remarked that he had learned a life lesson. Dani summarized by saying that “the best conclusion of the process is to see the victim talking to the offender and his wife, laughing with them, and hitching a ride with them to the bus station, something inconceivable when the meeting started. Hard to believe that 3.5 hours ago (the length of the process), you could cut the tension in the room with a knife, and now everyone is leaving calm and smiling, an outcome that would never have happened in court, not for the victim or the offender…” 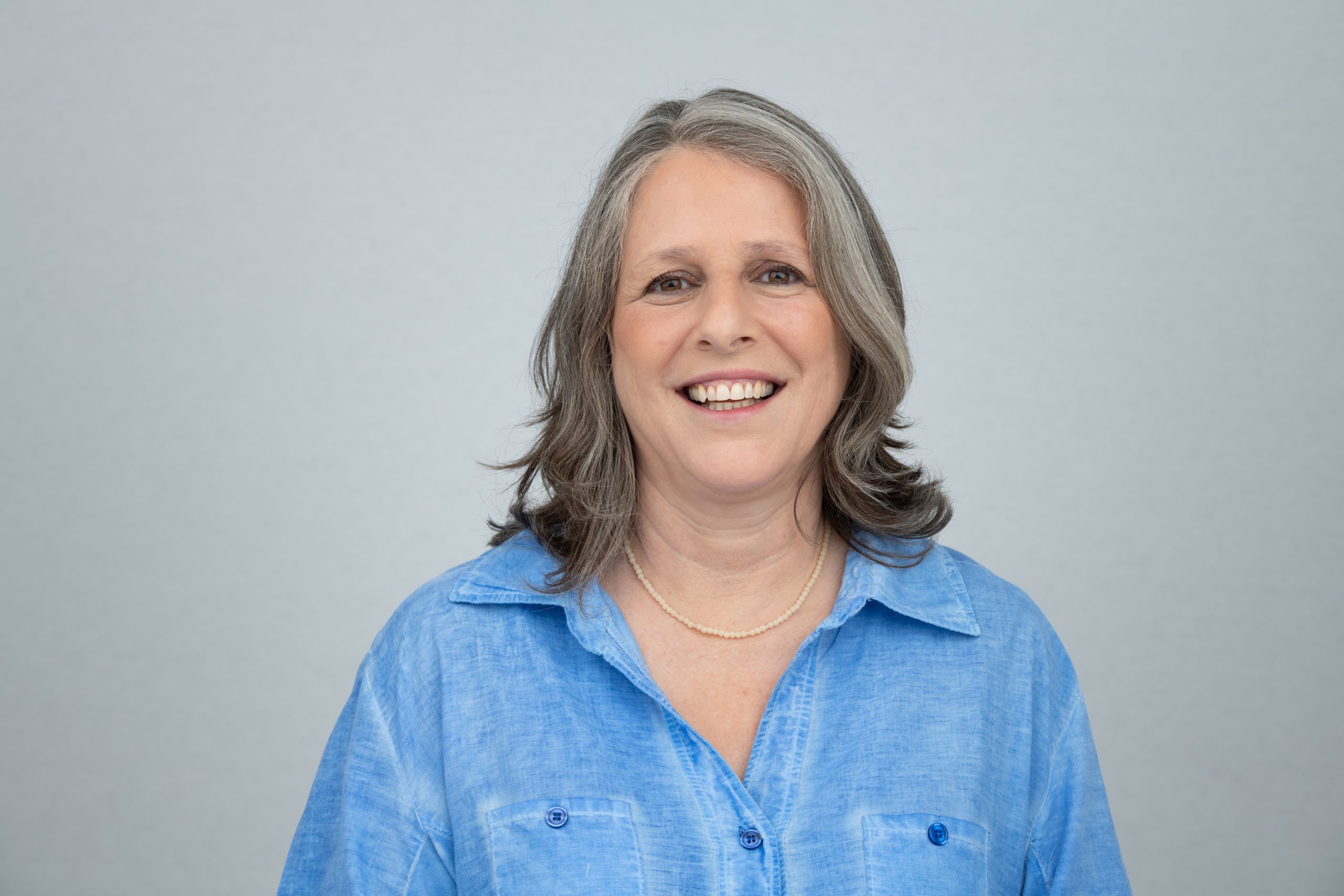 I have a Master’s degree in criminology from Haifa University. I am a Restorative Justice mediator, Olim LaDerech (Family Group Conferences) facilitator and instructor for mediation simulations.
In my first year working for Mosaica, I was a content coordinator for Olim LaDerech and managed a cultural competency program in the Lod Community Mediation and Dialogue Center (and have felt an emotional attachment to the city since that time). I also managed additional projects in that center and taught the Art of Hosting approach in CEF (Center for Emerging Futures), an organization dedicated to dialogue and cooperation among Israelis and Palestinians.
Moreover, I was a team member and group instructor in HUB TLV, a social activism incubator, and served as content manager and presenter in Radio Salaam Shalom, a Muslim-Jewish online radio station in Bristol, England.
I am married to Nada and proud mother to Shire and Michal. I was born and raised in Jerusalem and have lived in Tel Aviv for the past 25 years. 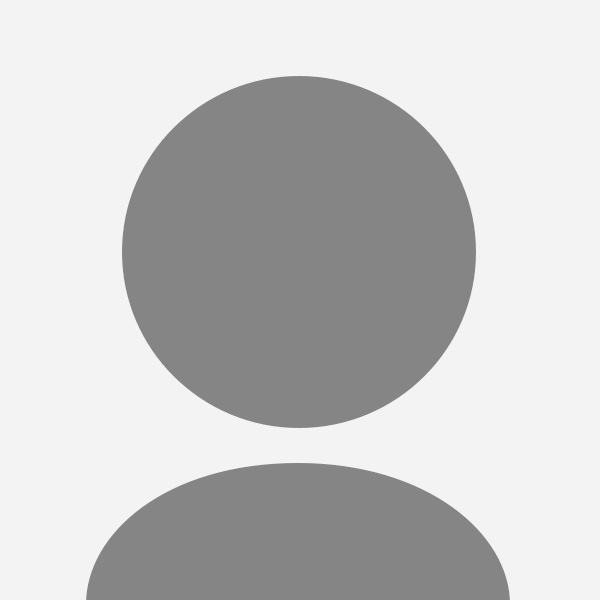 A team of instructors with theoretical and practical training; Were accepted into the program in light of their skills and rich experience gained in various fields.
The facilitators come from a variety of backgrounds (law, social work, education, etc.) and volunteer.

Studies on the restorative justice program

A Procedure that Silences Victims (2016), by Attorney Nurit Bachrach, published in Israel Today

Restoring Justice, (2010), an interview with Nava Kedar by Gloria Deutsch, published in The Jerusalem Post

Studies focusing on community restorative justice indicate a high level of satisfaction among participants who report decreased post-traumatic effects, thanks to the process. Additional research has also supported the advantages of the program to offenders and their surroundings, including reduction in recidivism.

“It’s been a year and I feel I can breathe again…I understood that I’m not a monster. I could have been the driver in that car”

“Even though I was injured, I felt I didn’t belong at court when the offender was being tried. I was barely involved, and things ran their course without me… I was redundant. The offender was center stage, he was punished as the court saw fit, and for me the court trial felt like an additional injury” (quote from a victim during legal proceedings)

“I want to take the opportunity to say thanks. Since the event, I have been a different person. Now, a weight has been lifted. We sat and talked and straightened things out. I truly have no words, other than thanking you for the opportunity, the listening, the entire process, it was amazing. Thank you so much” (quote from offender)

“The most effective way of describing the process is just by seeing the victim speaking with the offender and his wife, taking a ride home with them, something inconceivable at the start of the meeting. Three hours or so earlier, it was impossible to even breathe in the room due to the tension. Later, they left at ease and smiling. That does not occur in a legal proceeding, not for the victims or the offenders, whether they were acquitted, their sentence mitigated or they were convicted and served a maximum penalty. Equal to the tremendous mental stress of the restorative justice process is the relief and benefits to mental welfare and behavior at its conclusion, to both offenders and victims” (quote from offender supporter)

“In one case, an Arab taxi driver was injured by residents of a Haredi neighborhood. The offender who participated in the program asked to apologize to the victim. He was joined by rabbis of the community who also apologized on behalf of the entire community. Moreover, the rabbis represented the community in providing a monetary compensation that would have been impossible for the offender alone to provide. They also published a condemnation of violence against Arabs in the community newspaper” (the process described in the book “From  Injury to Healing,” edited by Uri Yanai and Tali Gal) 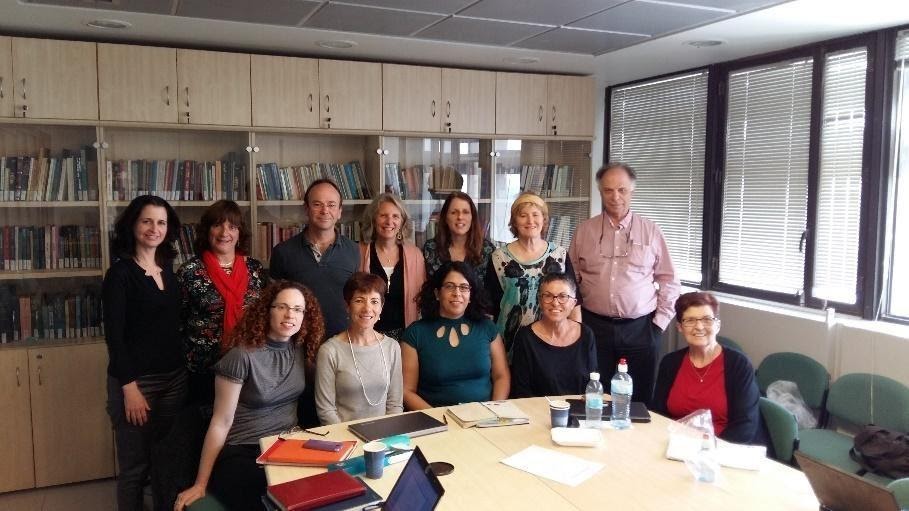 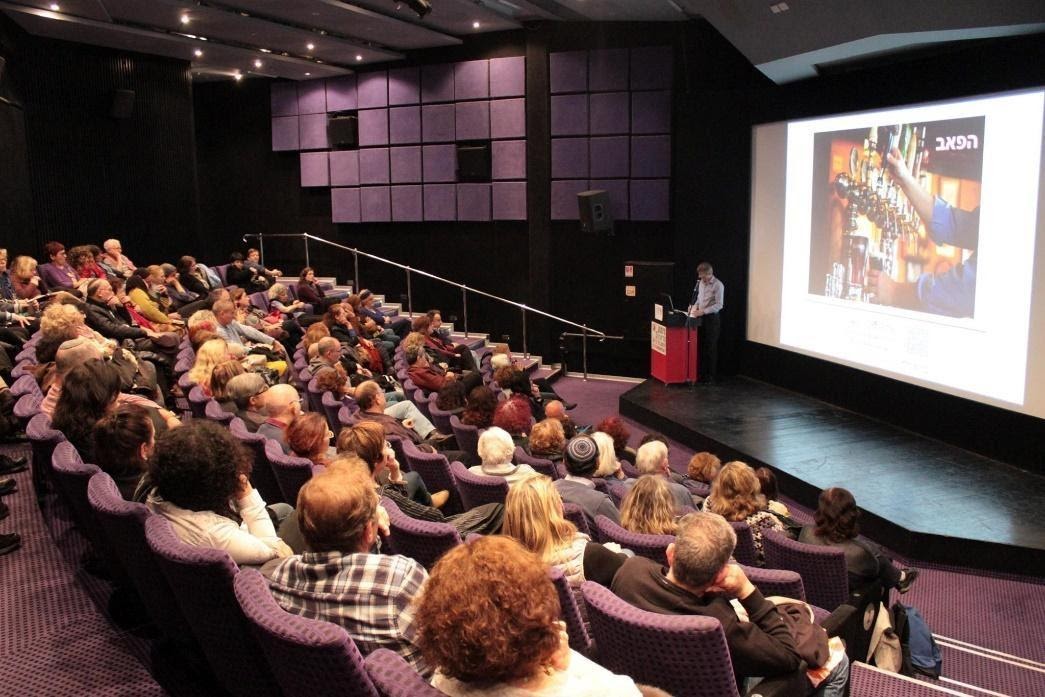 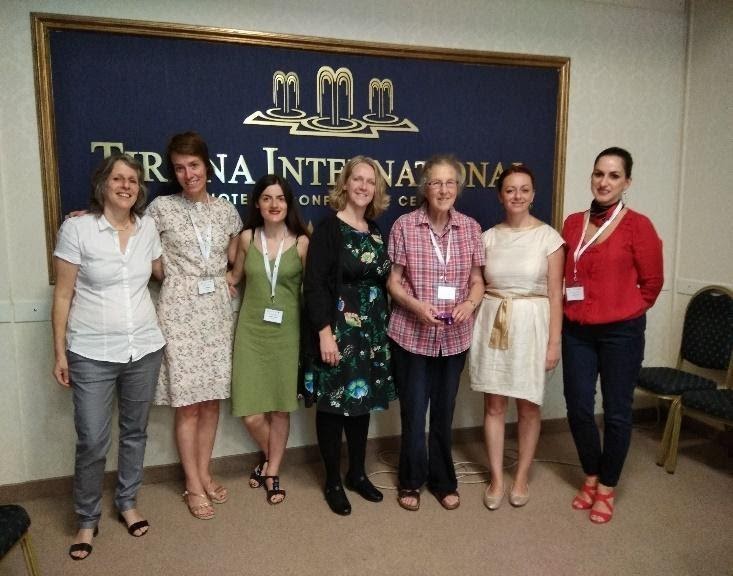 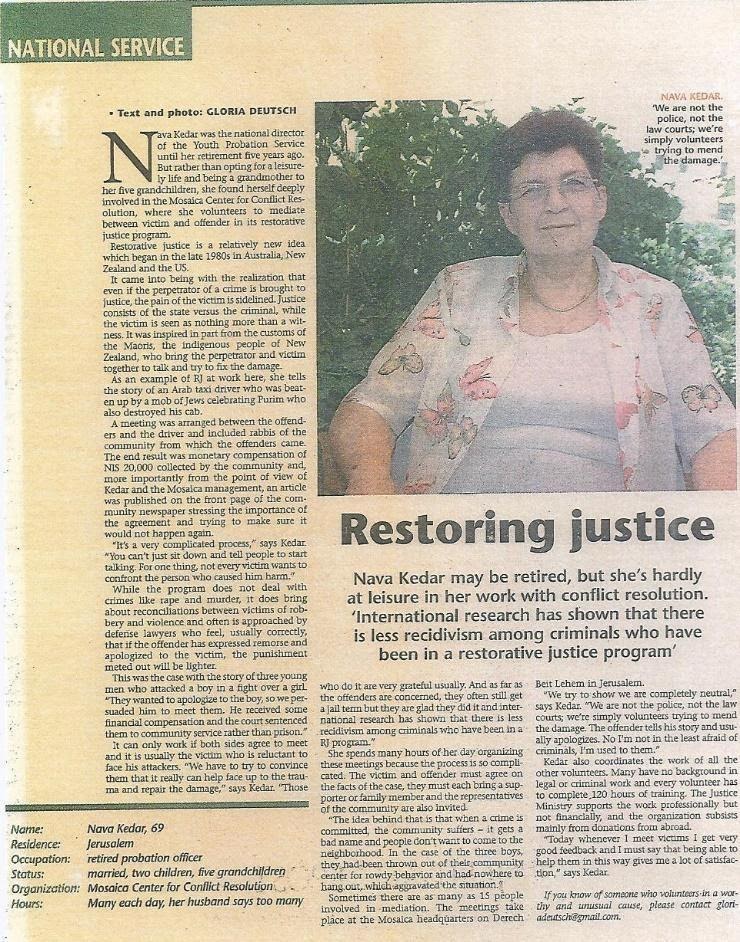